A few days ago, a grand ceremony was held in Chinese Embassy in France for awardees of 2020 International Scientific and technological Cooperation Award of China. Among the 5 recipients, two of them are from France. Alain Bécoulet, a well-known physicist specialized on fusion energy, and Professor Jacques Caen, a renowned haematologist, received medals and certificates from Ambassador Lu Shaye, ambassador of the People’s Republic of China in France.

Prof. Bécoulet expressed gratitude to Chinese Government and the Chinese Embassy in France. “science and technology can break through historical, cultural and economic obstacles, narrow the distance between different ethnic groups, and jointly meet the challenges of the times,” he said, “I am honored to witness the close cooperation and major achievements made by China and France in the field of nuclear fusion research. We will continue our efforts in international exchanges and cooperation for the common future of mankind.”
In this speech, he specially thanked scientists in ASIPP who worked together for the contributions to the ITER program and the development of nuclear fusion energy research
Alain Bécoulet is a well-known expert, who specializes in plasma physics. He set his feet in this field back in the mid-1980s.
"What I was interested in specifically was fusion and the perspective of its concrete applications," he used to say.
Professor Bécoulet, with his wise mind, sincere feelings, profound knowledge and hard work, when in close cooperation with Chinese partners, has “watered the flowers of friendship between both countries on scientific and technological exchanges and cooperation, and bear fruitful results, LU Shaye concluded in the end of the ceremony.
The award was initiated by the State Council in 1994. It is conferred on foreign individuals or organizations that have made important contribution to China's science and technology development.(Reported by ZHAO Weiwei） 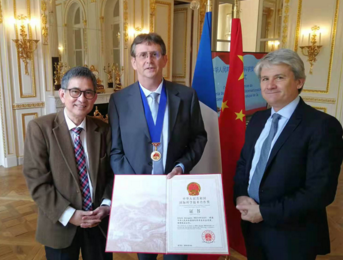 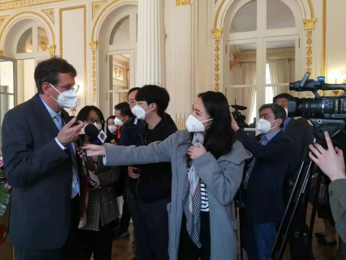 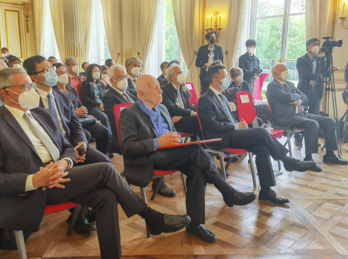 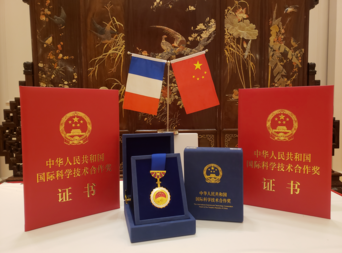